Grand Slam of Golf to be discontinued 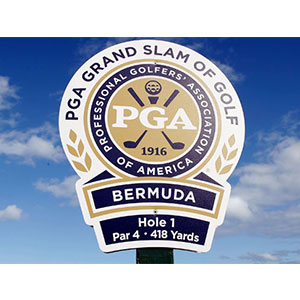 The PGA’s elite Grand Slam of Golf, which brings together the winners of the season’s four major tournaments, is to be discontinued.

The news comes after the PGA of America confirmed that the 36-hole stroke-play event, which was launched in 1979, has ran its course due to a mix of scheduling difficulties and a drop in interest from fans and sponsors.

The PGA of America said the Tour’s wrap-around schedule, which beings in October, the European Tour’s Race to Dubai, plus other key international events, make the autumn schedule very busy and too hectic for the top players in the world to compete.

"After carefully evaluating the PGA Grand Slam of Golf over the past few years and studying how this event fits with today's golf landscape and the PGA of America's long term strategic plan, the PGA has decided to discontinue the event," the organisation said on its official website.

"When the PGA Grand Slam of Golf was launched in 1979, the golf world was much different than it is today."

Germany's Martin Kaymer was the last winner of the Grand Slam of Golf, claiming victory in 2014.