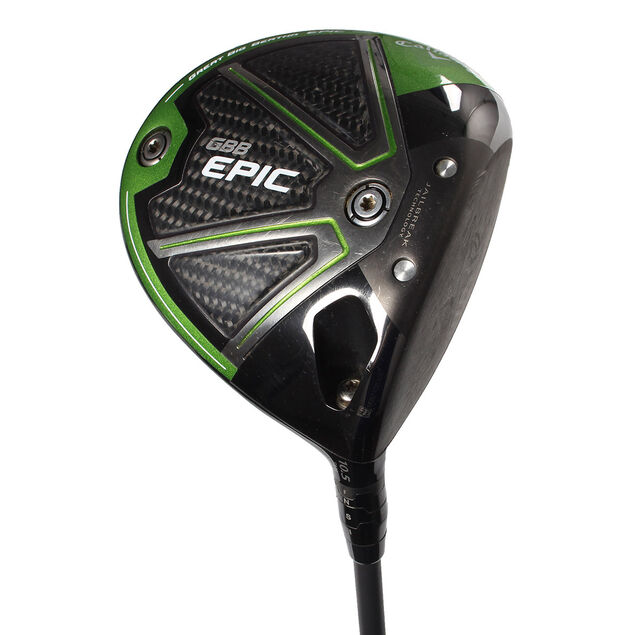 https://www.onlinegolf.co.uk/used-clubs/drivers/callaway-golf-gbb-epic-sub-zero-used-driver-7001205.html
Out of stock
Earn 523 loyalty points worth £5.23

Please note: Images shown are as a guide only. While the condition of all used clubs are as described, there may be some small differences between the product ordered and the images shown.

If you are after a playable driver that still provides forgiveness and extreme distance, then look no further than this Epic Sub Zero used driver!

Jailbreak is a breakthrough innovation which dramatically enhances distance by stiffening the body to transfer more energy to the ball. The key structural components of a driver are the crown, sole and face which bend, flex and rebound at impact. Jailbreak Technology creates a remarkably efficient relationship between these components, thanks to two ultra-light titanium bars behind the face, to promote more ball speed across a much larger area of the face.

Two interchangeable weights in the head (2g and 12g) allow you to adjust spin-rate and launch angle. Simply place the 12g in the forward position to lower spin and in the back position to promote higher launch and raise the MOI.

This innovative head construction combines Callaway's aerospace-grade titanium Exo-Cage outfitted with an ultra-light triaxial carbon crown and sole. The crown, at just 10.8g, has helped create an ultra-lightweight head which then has allowed the engineers to position more weight in the perimeter for more forgiveness, while also making it possible to position the CG in line with the neutral axis, which lowers spin.

The streamlined head incorporates Callaway's proprietary Speed Step, created with direct input from aerodynamics experts at Boeing, to improve airflow and encourage more swing speed / distance without extra effort. This club also benefits from OptiFit Hosel which allows for further fine-tuning in the fitting process to aid precise shot-shaping and adjustment of lofts up and down if required.
This product may or may not come with its own head cover or adjustment tool.