Fun facts about The Masters


The Masters tournament at Augusta is one of the landmark events for golf, pitting the world’s best players against each other in the hopes of becoming the owner of that coveted Green Jacket and all the spoils that come with its acquisition.

But how much do you know about one of the most famous golf courses in the world? Here we’ve unearthed some fun, interesting facts about Augusta… 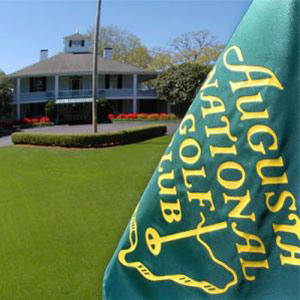 Every hole on the famous golf course is named after a plant or shrub. Examples of this include “Tea Olive” and “Holly.”

The famous Magnolia Lane extends from the entrance gate all the way to the clubhouse, and the 61 magnolia trees which line the sides of the 330-yard road date all the way back to the late 1850’s.

There is a 30-by-40-foot room situated at the top of the clubhouse called the Crow’s Nest which can be used as living quarters for as many as five amateur golfers while The Masters is being contested.

The Green Jacket is arguably golf’s most precious prize at The Masters. This tradition began in 1937 when jackets were purchased from New York’s Brooks Uniform Co. and the idea was that Masters Patrons could easily see members who would be able to offer up accurate information when asked.

Ike’s Pond is named after General Eisenhower. All three acres of the pond is man-made, features a dam and is fed by a spring.

The Champions Dinner is held for members of The Masters Club and those who have won a Masters Tournament previously. The dinner is hosted by the defending champion on the Tuesday of Masters week.

Two plaques honouring Masters founders Bob Jones and Clifford Roberts can be located at Founders Circle, which is at the base of the flagpole in front of the clubhouse.

The beautifully-designed Record Fountain, which can be seen on the No. 17 tee and displays course records and Masters Tournament winners, was built to commemorate the 25th anniversary of the Masters.

In 1990 Ron Townsend became the first African-American member to be admitted into the highly exclusive club.

Between the years of 1943, 1944 and 1945 there was no Masters Tournament played. This was due to World War II. The location did, however, help with the war effort by allowing cattle and turkey to be raised on the Augusta National Grounds.

The first Masters Tournament was held on March 22 1934. For the first five years (1934-1938) The Masters was called the “Augusta National Invitational.”

Horton Smith holds the distinction of becoming the first winner of The Masters Tournament in 1934.

It was in 1949 when the coveted Green Jacket was first awarded to the winner of the Tournament, the proud honour going to Sam Snead.

Aptly known as “The big oak tree,” this famous landmark on the golf course side of the clubhouse is about 145-150 years old. It was planted in the 1850’s.