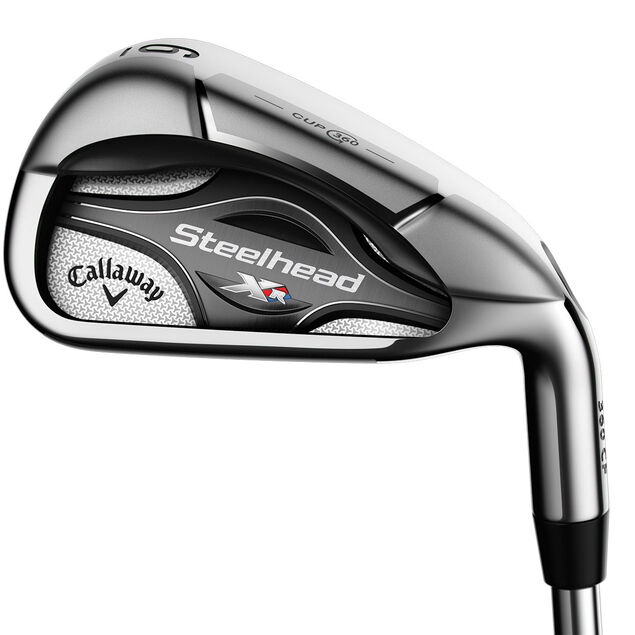 The irons feature next-generation 360 Face Cup™ technology which allows the edges of the ultra-thin face to flex at the point of impact to give greater efficiency. The boost in face speed is so significant that increases the COR up to almost .830 -- the USGA limit, adding more ball speed for explosive distance.

The irons also feature a hollow bore-thru hosel design which saves weight, and then it's repositioned in strategic places to create more forgiveness in the clubhead.

A new steel-infused polyurethane layer has been positioned low in the head, behind the lower portion of the face. This helps to reduce unwanted vibration to give a more crisp feel and sound at the point of impact.
Code: 368786