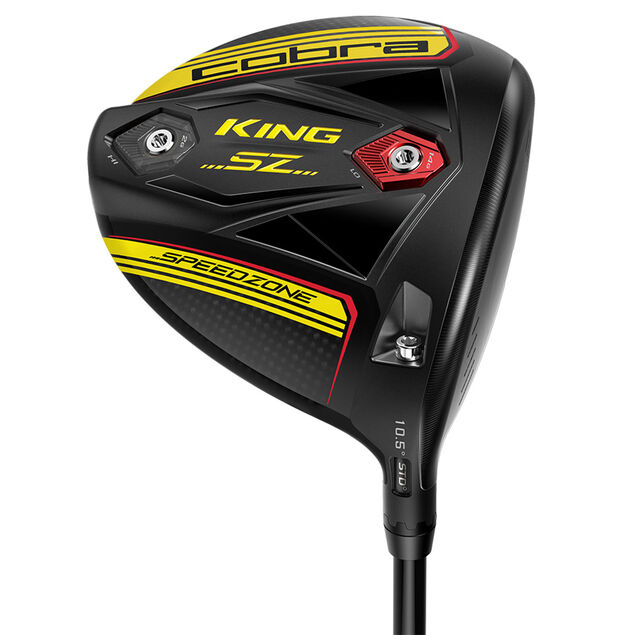 The SPEEDZONE-S is the fastest driver that COBRA Golf has ever produced. Six zones of performance are engineered to maximize power output to deliver unrivalled speed and distance.

COBRA Golf is the first company to use a CNC Milled Face in a driver. This unique face pattern provides more power and precision than a traditional polished face, enabling Cobra to control the face and leading-edge thickness. To ensure a larger SPEEDZONE across the face for maximum ball speed performance.

The SPEEDZONE-S driver head has a new Titanium T-Bar Speed Chassis and a 360 Carbon Wrap Crown. The chassis has been designed for high-speed impact and allowed Cobra engineers to use more carbon fiber in the design. The 360 Carbon Wrap Crown takes up around 50% of the driver body to make more discretionary weight to be redistributed lower and deeper into the structure. Providing low CG, high inertia, and a driver that provides fast, forgiving performance.

The driver has a High MOI Design, positioning weight away from the centre of the head to maximize stability on off-centre hits. This is key to helping you hit longer and straighter drives more consistently down the centre of the fairway.

The SPEEDZONE-S driver comes complete with a matching head cover.